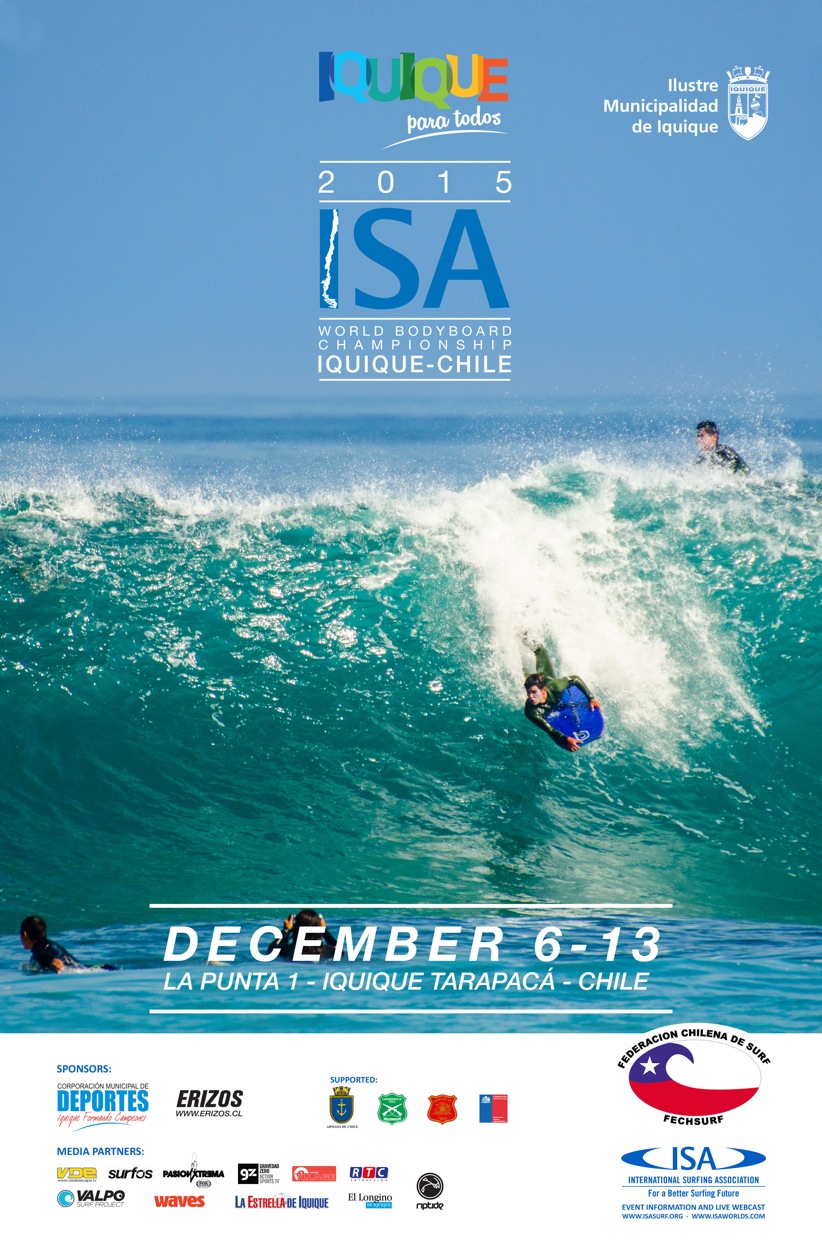 More than a dozen countries from around the globe will gather to represent their nations in the world-renowned waves of La Punta 1.

Here are the 10 things you need to know about the 2015 ISA World Bodyboard Championship:

The 2015 ISA World Bodyboard Championship is an Olympic style event where the world’s best bodyboarders converge in Chile to compete for Medals in the name of their nations.

The athletes compete for Individual Gold, Silver, Bronze, and Copper Medals and the World Team Championship Trophy, all with the honor of representing their
respective countries.

For the second consecutive year, the event will be held at la Punta 1, which is located at the north end of Cavancha Beach in the city of Iquique. Considered the Bodyboard capital of the country, Iquique is the ideal location for this competition due to its strong and hollow Bodyboarding waves.

The wave at la Punta 1 is a shallow rock bottom break that provides hollow left and right waves. The best swell direction is north or northwest, but it also works great with a south swell.

Waves can range from 1 meter to over 10 meters; the quantity and quality of waves in Iquique are some of the best in the world.

The ISA World Bodyboard Championship was established in 2011 in the Canary Islands, Spain. In 2012 and 2013, the competition was hosted in Playa Parguito, Venezuela. In 2014 it was held in Iquique, Chile where it will return in 2015.

The ISA’s mission is to develop the sport of Surfing, which includes Bodyboarding in Chile and around the world. This is accomplished through annual World Championships, membership development, educational programs, scholarship distribution and working towards Olympic Surfing.

The fifth edition of the ISA World Bodyboard Championship will officially open on December 7 with the Opening Ceremony, which will include the traditional Parade of the Nations and Sands of the World Ceremony.