Day Five of the 2015 VISSLA ISA World Junior Surfing Championship was critical for the world’s best junior surfers as Repechage heats unfolded on both sides of the Oceanside Pier. Team USA took the lead in the team standings, retaining seven of their surfers in the Main Event and the rest in the Repechage Rounds.

Australia’s Sofie McCulloch powered through the Girl’s U-18 Repechage Rounds, notching the first perfect ten of the competition. McCulloch managed to find a rare long left in the mixed up onshore conditions on the north side of the pier that provided her with open faces to perform solid backside turns.

“I was really surprised when they called my wave a perfect ten,” expressed McColloch. “I was disappointed when I got knocked out of Round 2 of the Main Event, but I am stoked to be making heats in the Repechage Rounds now.”

“Day Five eliminated many of the remaining surfers and set the stage for the final two days of competition. Saturday we are going to crown an ISA Aloha Cup Team Champion. On Sunday we will award the individual and team Gold Medals to the best junior surfers in the world. It’s going to be an exciting weekend in Oceanside.”

Friday morning, the competition started off with waist to chest high waves and the occasional overhead set. The conditions provided ample opportunity for the opening Boys U-16 and U-18 Main Event Rounds to put on an electric show of innovative Surfing on the south side of Oceanside Pier. Stand-out surfers Colt Ward (USA), Jake Marshall (USA), Leonardo Fioravanti (ITA) and Weslley Dantas (BRA) all moved through their heats, setting the stage for star-studded U-18 Boys Main Event Semifinals.

France’s Nommé Mignot advanced through the second heat of the day in Boys U-18 Main Event on the South side of the pier. His two-wave total of 16.8 held up to be the highest scoring male heat score of the day.

“I’ve been trying to get an ISA Gold Medal for four years, so it would mean a lot for me to win the competition,” stated Mignot. “I’m really happy to get through and want to get to the Final.”

After the morning heats, at noon on Saturday the athletes will surf in the ISA Aloha Cup, which is a tag-team style competition, featuring four boys and one girl from a total of eight countries. The participating countries are the top eight placing teams from last year’s ISA World Junior Surfing Championship. The teams will be Hawaii, USA, Brazil, South Africa, France, Australia, Peru and Japan.

After 5 days of competition, USA has taken a lead in the team standings, with France and Hawaii trailing close behind.

Surfline, the official forecaster, predicts 3-4’+ wave faces for Saturday, with occasional larger sets on the best tides. Conditions will be clean in the morning with light wind, trending to light onshore in the afternoon.

For a full list of today’s results, visit: http://isaworlds.com/juniors/en/results/

The 2015 VISSLA ISA World Junior Surfing Championship will resume Saturday at 8am PST. Saturday’s schedule will be the following (all times PST): 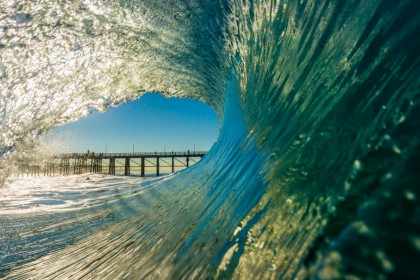